With the transition of SlideShare from LinkedIn to Scribd, I looked through my old tech conference presentation slide decks and wanted to highlight some of my slides that (maybe) were not as humorous as I planned. They say “If you have to explain a joke, it’s not funny” but I don’t care what “they” say - these are getting an explanation.

From Implementing Messaging Patterns in JavaScript using the OpenAjax Hub, this “Q & A” slide refers to Q from Star Trek: The Next Generation (1987) and A as the Scarlet Letter from the classic Nathaniel Hawthorn novel (1850). 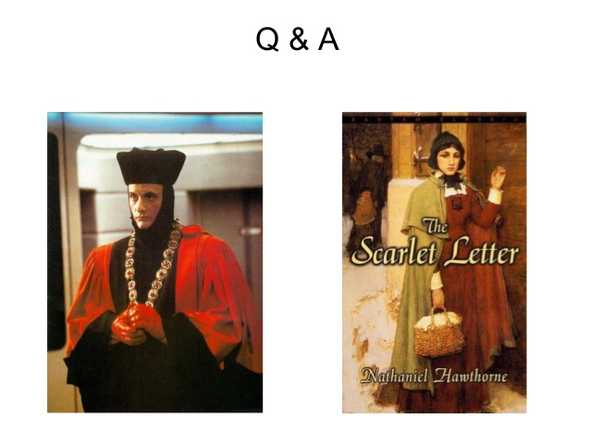 From Developer’s Guide to JavaScript and Web Cryptography, this pre-apology slide for when I accidentally said SSL (Secure Sockets Layer) instead of TLS (Transport Layer Security), was a reference to the They Might be Giants 1990 version of Istanbul (Not Constantinople). 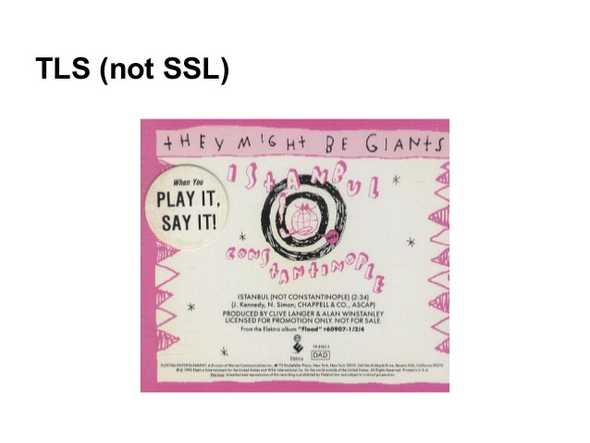 From Make your own Print & Play card game using SVG and JavaScript, after I built up this personalized trading card using SVG (Scalable Vector Graphics), I egotistically put it side by side with the original template. This was not just another Star Trek: The Next Generation reference but also honored the second International TableTop Day that was being live streamed by Wil Wheaton that very same day in 2014.

From Securing TodoMVC Using the Web Cryptography API, back when internet meme options were not as rich as they are today, I used The Most Interesting Man in the World to make a substitution cipher joke about ROT26 (which is equivalent to no encryption at all). Another throwback to my college years when NTTP group posts used ROT13 to obscure answers to jokes and puzzles. 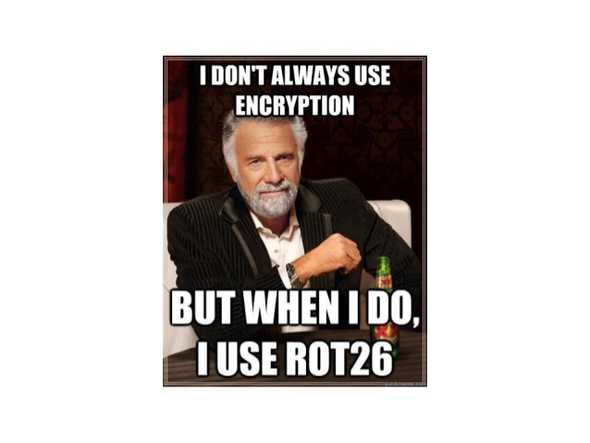 From ng-owasp: OWASP Top 10 for AngularJS Applications, as I was explaining the presentation would focus on front-end technologies like HTML and JavaScript. I made the slide title of html[ng-app]:focus, script:focus a syntactically correct CSS selector. This referenced that AngularJS added class="ng-app" to the <html> element, JavaScript uses the <script> element, and I misappropriated the :focus CSS pseudo-class. 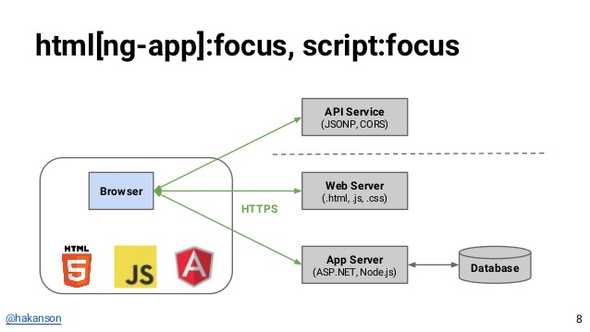 From Introduction to Speech Interfaces for Web Applications, where I made a Star Wars reference to line ”TK-421 why aren’t you at your post?” Each digit of 421 is enumerated by the actor, but most speech-to-text engines will say “four-hundred twenty-one” requiring custom mark-up to hear the intended result. 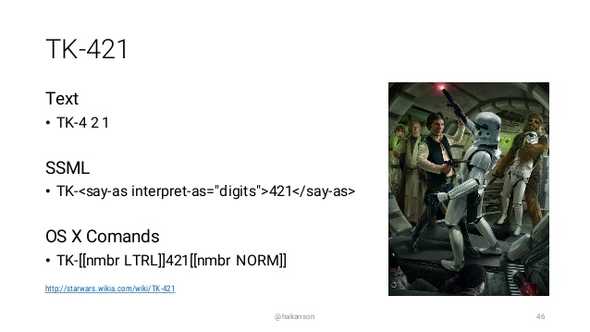 Hopefully, you found at least one of these funny without the explanation. Visit kevinhakanson.com/presentations for links to all my slide decks, associated code samples, and some video recordings.