I’ve blogged about Redis Security Investigation on AWS before, so thought I would see what the defaults in Azure look like. It is nice to see a TLS connection is the default.

I wanted to connect to this Redis instance but didn’t want to (compile and) install the Redis CLI (and also install stunnel for TLS support), so I decided to check out RedisInsight, a lightweight multi-platform management GUI for Redis. I left the password field below blank on the configuration, since I didn’t specifically set one up in Azure. 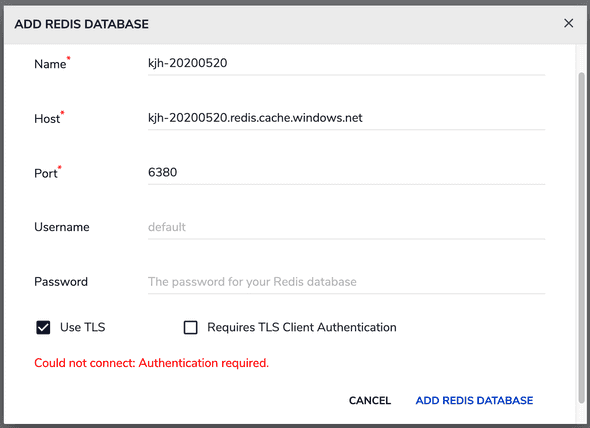 I was glad to see that I could not connect. It looks like Azure not only sets a password (access token), but they make it long and random. Additionally, they support two tokens allowing for a controlled password rotation workflow. I am very impressed here.

After completing that connection in RedisInsight using the a password, I used the integrated CLI to execute a ping and info command. I’m including both the partial text output and a screenshot. 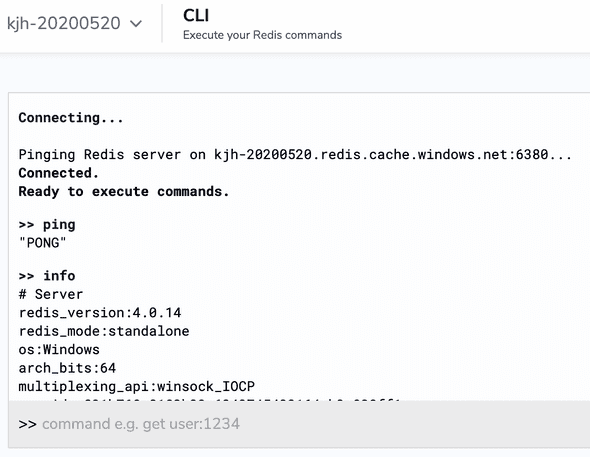 Even with a strong password/access token, I don’t like leaving my Redis open to the internet. In order to implement IP restrictions to this Redis instance, I can add firewall rules.

The Azure CLI includes an az redis command to manage firewall rules. However, this is a separate API call from listing information about the Redis instance.