While diving into BIG-IP iRules code researching HTTP to HTTPS Redirection, I ran across this snippet:

Reaching out to one of the DevOps team to learn more, he directed me to a process document on how to block IP address in our data center. That caused me to consider what the AWS solution to this problem look like?  Below are a couple of options.

If you wanted to mimic the legacy process, you could used a Security Group and DENY access to those IPs.  However, according to Amazon VPC Limits, the “Inbound or outbound rules per security group” limit is 50.

An internal project has published some WAF templates that include rules which block requests from IP addresses on third-party reputation lists:

This dynamically catches threats, but not necessary the IPs attacking our products. 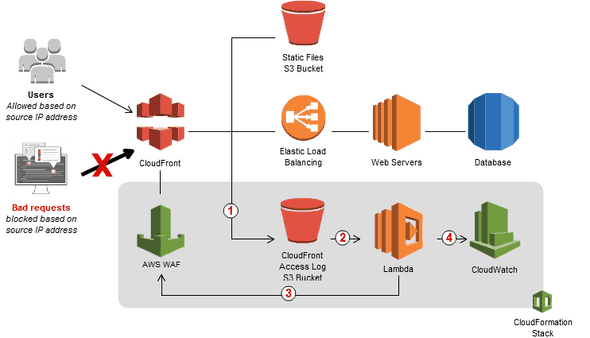 This type of solution is the most compelling, because it reacts to malicious traffic explicitly directed at our products.  It is also the most complex.

More research is needed, so another item for the backlog.