At some point, I received a free copy of the Legion audiobook from Audible.  Legion is a novella, so the unabridged audio is just over 2 hours. It was released in 2012, but I finally listened to it on a recent road trip.  The main character is a private investigator.

Stephen Leeds, AKA ‘Legion,’ is a man whose unique mental condition allows him to generate a multitude of personae: hallucinatory entities with a wide variety of personal characteristics and a vast array of highly specialized skills.

Put another way, the character is aware of their mental state and fully functional.  He interacts with entities that no one else either sees or hears, and whose expertise helps him gain knowledge and solve problems.  It seems like a great bit of fiction and does work well in this story.

Now, look again at the blog header, which is an image from The era of Windows Mixed Reality begins October 17 and review how Microsoft describes mixed reality.

Also, recall Hey Cortana, open Alexa: Microsoft and Amazon’s first-of-its-kind collaboration.  How long until we are walking around with mixed reality headsets, talking to multiple virtual assistants that can also see what we are seeing, have specialized domain skills, and we can also “see” them as part of the augmented reality functionality?  These could even be a virtual network of lawyers, accountants, and financial professionals.

Now compare these two scenarios.  To the observer, they may appear the same (if you don’t factor in the huge headset).

p.s.  I just realized that interacting with a virtual professional isn’t new - Star Trek has already thought of everything. 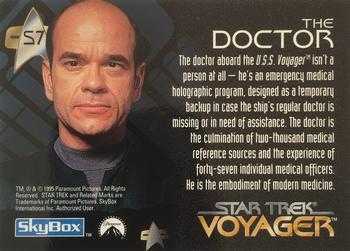